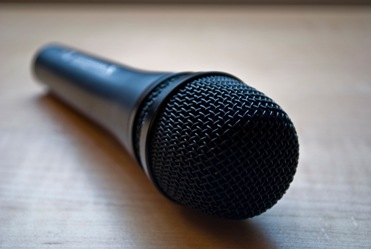 Who has the most difficult job at a wedding? The caterers? The photographer? The bride’s hair stylist?

It’s a matter of debate, but the best man has it tough.

He may have already organised various waifs and strays on the stag do, possibly mediating in an international incident in some obscure Eastern European city involving some long-lost friends of the groom.

On the day itself, far from just remembering the rings, suddenly the best man is thrown into a confetti of transport arrangements, timings, photographers and helping Great Auntie Ada into a pew, while also checking that the groom has not only turned up, but is also as calm as possible and ready to say ‘I do’.

However, the biggest responsibility and challenge for the best man is the dreaded speech.

Here is the best man’s big dilemma. Will it be a ‘straight bat’ – a bit of gentle humour and generous warmth while remaining in the good books of the bride’s family and the aforementioned Great Auntie Ada? That would be the sensible option.

Armed with a microphone and the encouragement of a rowdy mob of the groom’s mates now released by Slovakian authorities, though, is it time to release the inner Frankie Boyle?

If you are preparing for your own speech, fear not! Here are some top tips that will ensure you are cheered rather than jeered by the time you return to your seat.

1) Don’t say anything that will really upset the bride

You remember that HILARIOUS story that the lads were told about the bride on the stag do? Forget it, unless you want to end up on the sharp end of the wedding cake knife at the end of the night.

2) Don’t say anything that will really upset the bride

Okay, we really can’t stress this enough... Would you tell the story you are planning to say to the bride’s family one-on-one? If not, you should probably err on the side of caution.

There are loads of jokes you can easily pinch off the internet, but remember that you have been chosen for this role for a reason, so make it personal.

Reading your speech in front of a couple of different people (a woman as well as a man would be ideal) will really help you to go through things in your head and will also help to gauge whether you can ‘get away with’ some of your stories.

If you read directly word for word from a piece of paper, it can seem a bit cold... unless you are a brilliant reader. Try using cue cards rather than having the speech written out. Also, as cue cards are smaller than big pieces of paper, even if your hands are shaking with nerves, the other guests probably won’t notice.

6) Speak clearly at one person in the audience

If you are nervous, pick out one friendly face in the room and direct your speech at them, clearly and loudly (although don’t shout).

It is very common now for groomsmen to team up for a speech, so it isn’t just the best man that delivers and the nerves (and blame) can be spread across more than one person.

People who work as presenters on the radio often say that the most difficult aspect of the job is learning when to breathe. You can try to rush out the words, end up gabbling incoherently and be out of breath. Just take your time and, on the cue cards, give yourself a reminder of some places where you can take a bit of a breather or a sip of a drink.

Keep it short and snappy - anything from five to 10 minutes is about right for a best man’s speech. You can go longer if it’s good, but you don’t want it to drag on. If you are worried about timing, take your watch off and put it on the table in front of you, or twist it around so you can see it on the inside of your wrist while you are reading.

10) Don’t have too much Dutch courage

There’s nothing wrong with settling the nerves with a drink before the speech, but don’t go overboard until you settle back into your seat after your speech. If you are prepared and have gone through the finished version with a couple of people beforehand, you will be fine and have nothing to worry about.

PS. And finally... did we mention, don’t say anything that will really upset the bride?

To find out more about LifetimesMAG's unique, personalised magazines, visit our Occasions page to browse the range of styles for different life milestones and Contact Us at info@LifetimesMAG.com for further information.