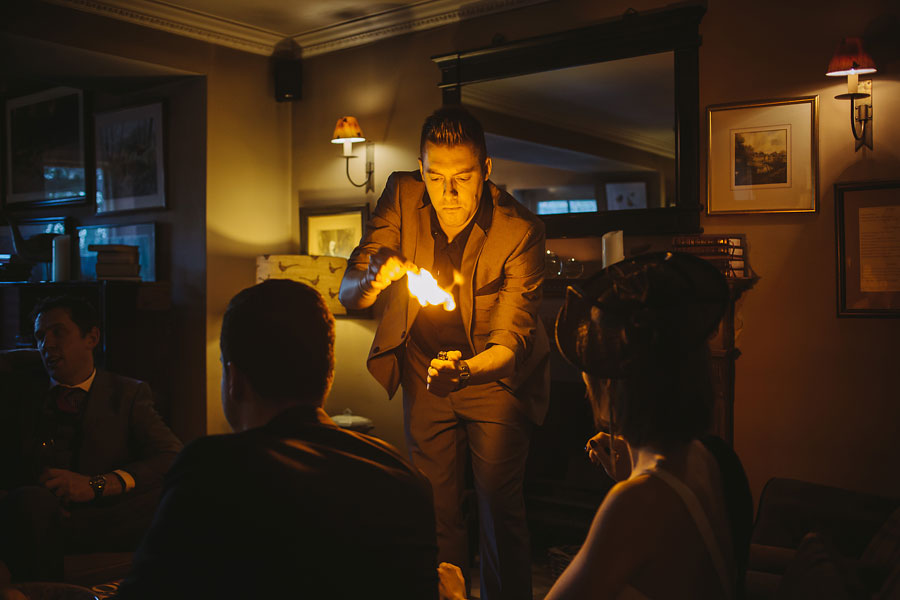 Adding a touch of magic to your special day...

Even if your special occasion has been planned with military precision, guests often have to linger around at times, waiting for the next ‘chapter’ of the day – whether it is a meal, toast, first dance, speech or ceremony.

So, what better way to keep guests entertained and help them to break the ice than with a little bit of magic?

Russ Appleby, founder of Smart Magic, says that an experienced magician, armed with a repetoire of jaw-dropping tricks, can bring people together by adding a touch of excitement and intrigue to the atmosphere.

“My favourite trick, without a doubt, is the one that has seen me get the most bookings and best reactions is pushing a wine bottle through a table,” Russ says. “It’s a great trick, very visual, easy for people to explain to friends later and it isn’t a card trick.

“An experienced magician can create a real buzz in the air. As weddings usually have friends or family who may never have met before magic can bring people together like no other form of entertainment.”

If you really want to pull a rabbit out of the hat on your special occasion, here are Russ’ special tips to ensure your event has a true touch of magic.

The best time for a magician…

According to Russ, magicians favour performing in between courses during the wedding breakfast, simply as it’s easier to keep track of which guests have seen which tricks.

However, Russ warns that it’s best to get the magic over with before the DJ cranks up the volume and the lights go down. You’re much better off spreading out the magic entertainment during the day.

“If you opt for magic during the photo session there will always be guests who are not as involved as others,” he says. “A wedding magician can entertain them, making them feel looked after and appreciated. During the wedding breakfast, there are always tables that are either waiting to be served or waiting to be cleared.” 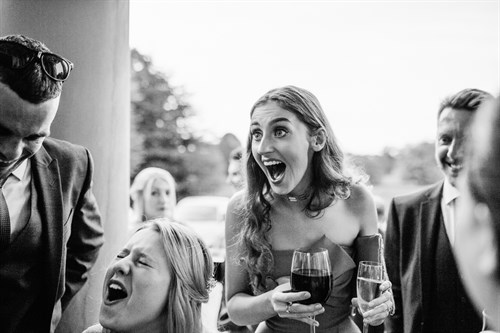 Check out the tricks...

Russ adds that magic is not only something to keep the guests occupied; it also adds to the atmosphere and is a sure-fire way of taking your special day to the next level.

He also notes that it’s important to see the magician in action before confirming the booking.

“Magic does tend to attract some eccentrics, which is great, but magicians need to interact well with a huge cross-section of the population,” Russ points out.

Russ is now in his 17th year of performing professionally, having been a dedicated follower of magic for twice as long.

“With experience comes the skill to adapt yourself to any situation,” he says. “In the years I’ve been performing and even the decades before when I was testing out different tricks and routines, it has become apparent that you need to be aware of the differences in people.” 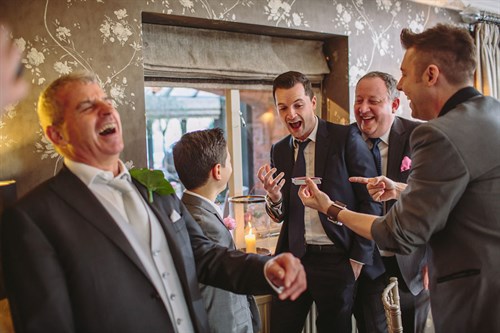 As a magician, it is important to be able to assess a group of guests before approaching them – then the style and presentation can be adapted accordingly to maximise the impact, he adds.

“At a wedding, I’ll quite easily go from performing at a table of young singletons (there’s always one) – being a bit more brash and loud – before going to the table of elderly relatives to perform much more calmly and slow things down,” Russ explains.

“You even have to change some of the scripting to suit your audience as what makes one group laugh wouldn’t work on another table. You can only build up these skills from years of performances and that’ll be reflected in the price of magicians. Inexperienced ones will charge less, but just won’t be able to cope as well.” 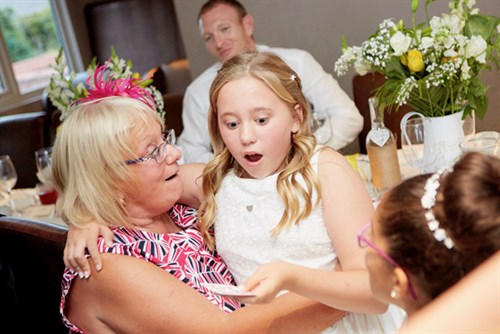 From passion to professional…

Russ’ passion for magic stretches back to when he was four years old, when he was given his first magic set. He remembers his first ‘non-family’ performance at the age of 11 to his geography class. A supply teacher caught him practicing his tricks and was “intrigued enough or annoyed enough” to ask him to show the class.

“During university, I used magic as a gateway to free drinks and alongside working as a waiter in a hotel restaurant I quickly learnt the best ways to entertain and amaze the customers whilst creating a relaxed atmosphere. However, I do still have a complaint letter from an angry hotel customer who had been left waiting to pay the bill whilst I showed a nearby table some magic,” Russ says.

“I was still finding my way with real-life performances and figuring out the best way to utilise my skills.”

Later in life, Russ moved to London and began performing for cast and crew on some of the top films and TV shows in the country. He is now based in Yorkshire, but performs across the UK. 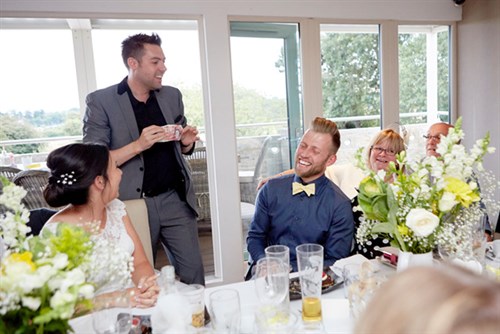 You can also catch him on Twitter @RussAppleby, Instagram @RussAppleby, on his Smart Magic Facebook page or you can see some of his jaw-dropping tricks on Smart Magic’s Youtube channel here, where he also shows how he can fall seamlessly into character at Peaky Blinders-themed events.