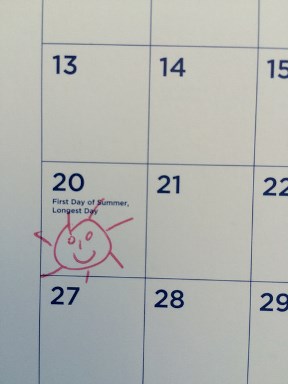 10 reasons to get over those New Year blues

Okay, Christmas suddenly feels like a lifetime ago, it seems to have been raining for 40 days and 40 nights, and it’s the first full week of work in 2016.

But fear not! This year is going to be full of unforgettable moments.

And we're not just talking about the special occasions such as Anniversaries, Graduations, Retirements and Weddings that can be captured in your very own LifetimesMAG.

Here are just a few suggestions for your 2016 diary from the LifetimesMAG Scribbler.

Forget about this miserable winter weather and use January to start planning a holiday for 2016. Looking for somewhere new to tick off your bucket list? Well the rooms won’t be cheap, but Russian spaceflight company Orbital Technologies is set to launch the first space hotel in the world (or should that be universe?) later this year. Don’t worry – there’s plenty of time to brush up on your constellations…

With Valentine’s Day on the horizon on February 14, you’ve got just over a month to get your ‘better half’ a gift to remember. May we recommend a LifetimesMAG to chronicle the story of your lives together? Contact us for more information about a special rate of £199 for your very own magazine to mark the occasion. And if you are single? Go out and mingle! There’s plenty of time to meet someone who will spoil you on February 14.

Unless you have had your birthday in the first few days of the year, you’ll have a big celebration to look forward to at some point in 2016. And if, like US rapper Ja Rule, you were born on February 29, you have an excuse to party extra hard. As it’s a leap year, your birthday only comes around once every four years!

Talking of birthdays, Queen Elisabeth II will have a big one on April 21, although the main celebrations are not scheduled to take place until June 10-12 when street parties take place across the UK. Surely a public holiday is in order, Your Majesty?

A series of events are being lined up to mark 400 years since the passing of the world’s greatest ever playwright – William Shakespeare – who was born and died on the same date: April 23. Look out for numerous celebrations in London and Shakespeare’s hometown of Stratford upon Avon, and here at LifetimesMAG we are also hoping to be involved in a unique way... So it’s not all ‘bard’ news in 2016!

On a miserable Monday at the start of January it is difficult to imagine a day of sunlight, let alone sunshine. On January 4 there was less than eight hours of ‘daylight’ – if it could be called that. But fast-forward to Monday, June 20 and the daylight will have doubled to 16 hours, 38 minutes and 23 seconds (to be precise). Bring on the sunshine!

There are numerous blockbuster films lined up for 2016, but for every child of the 1980s, there will be a particular pang of nostalgia when the Ghostbusters 3 film is released in mid-July some 27 years after the last instalment. Star Wars? That’s so last year.

From August 5 to 21, it will be that time again when an unexpected and temporary interest in badminton, canoe slalom and taekwondo grips the nation. The Olympic Games isn’t just taking place anywhere this year. It will be in Rio de Janeiro, Brazil, providing a stunning backdrop of scenery to the greatest sporting event on Earth.

This September, it will be 100 years since the birth of one of the world’s best children’s novelists – Roald Dahl. Lots of events will mark the occasion across the country, but what better excuse to revisit some of the favourite stories of your youth, such as James and the Giant Peach, Matilda, The Witches, Fantastic Mr Fox, The Twits and The BFG? It is also worth mentioning that on July 28 there will be events to mark 150 years since the birth of another legendary children’s author, Beatrix Potter.

Okay, so we’ve only just finished the leftover turkey and the mistletoe has withered away, but next Christmas it will be a loooong weekend thanks to Christmas Day falling on a Sunday. Is it too early to play Fairytale of New York…?